Automated order picking addresses the constant need to reduce order preparation costs, which means the use of solutions based on automated systems is now increasingly common. This is due to the significant advantages of this option, such as the reduction in personnel required, perfect stock control and management, the possibility of constructing warehouses of great height, the absence of handling equipment for picking, etc. The goods normally stored in this type of system are, generally, of medium consumption and complement full pallet orders.

Picking positions at the front of the automated warehouse

This is the most commonly used solution for small or medium-sized warehouses in which picking is not the main operation. There are different solutions that can be adopted depending on the number of orders to be picked, and each of these has different applications and performance. Therefore, each individual case must be analyzed to determine which configuration of elements is the most appropriate. An example of a picking area at the front of the warehouse is shown in the photograph below. 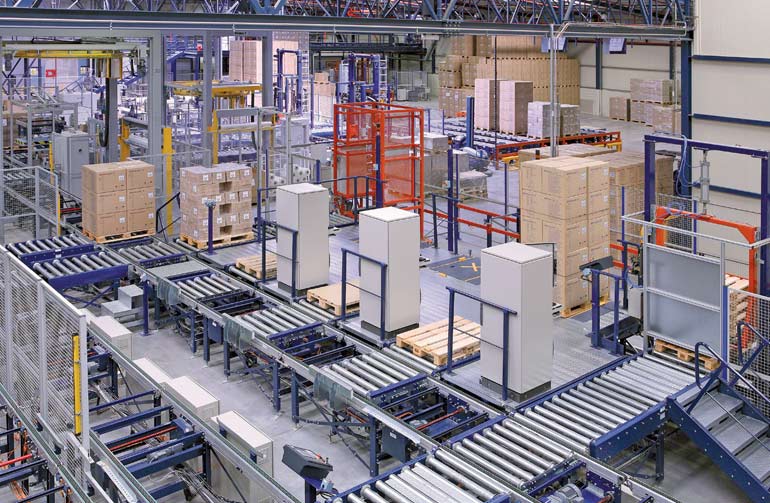 Picking stations at the front of an automated warehouse.

Picking positions on one side of the automated warehouse

The configuration of this alterative is based on using pallet flow racks at the lowest level (ground level) on one side of the automated warehouse, facing outwards so that the end forms an aisle. These live positions, which can allow for two or three pallets per channel, are used for pallets containing the most consumed goods (see example in photograph below). 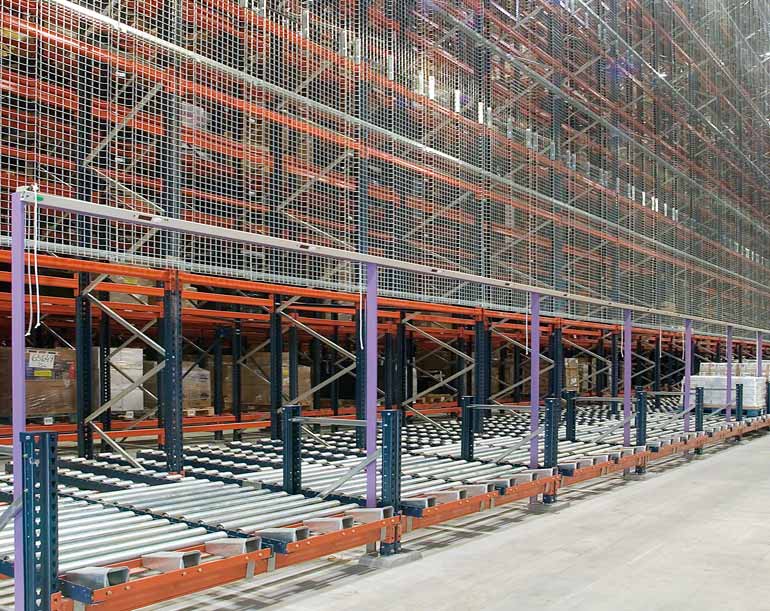 Full reserve pallets are stored in other conventional positions, mainly those above the flow rack ones, so that the stacker crane can restock these as they are emptied. The operator moves along the whole side of the automated racking unit with the help of a pallet truck or picker.

Other products, which are stored in other aisles and consumed in smaller volumes, are picked in the picking positions located at the front of the warehouse.

This system of picking on one side is compatible with the use of pick-to-light devices, which help the operation and expedite the preparation of orders.

For high-consumption products, and to reduce preparation time, a good solution is to create an area for live picking from pallets on both sides of a working aisle. Products are handled by shuttles that supply the live channels.

Reserve pallets are stored in an automated warehouse with a stacker crane. Communication between this warehouse and picking shuttles is via the use of roller or trolley conveyors, electrified monorail systems, or automatic guided and laser guided vehicles (AGV/LGV).

The handling equipment recommended for use by operators is the self-propelled pallet truck or ground-level picker. 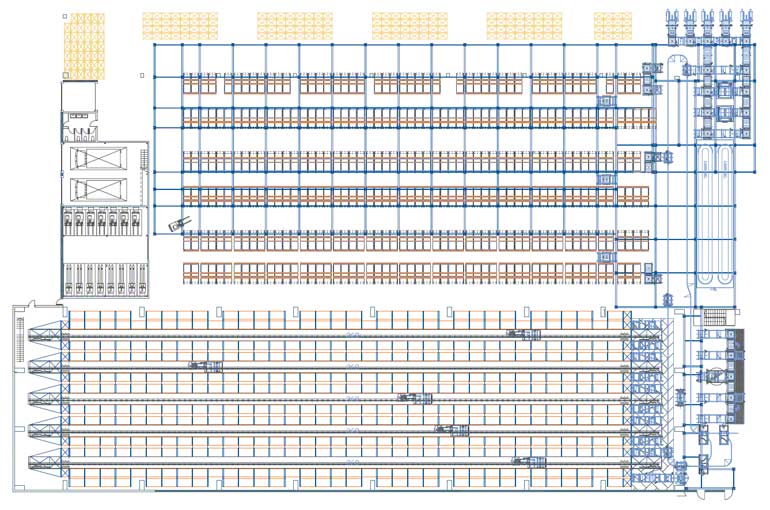 Example of picking position distribution in an automated warehouse. 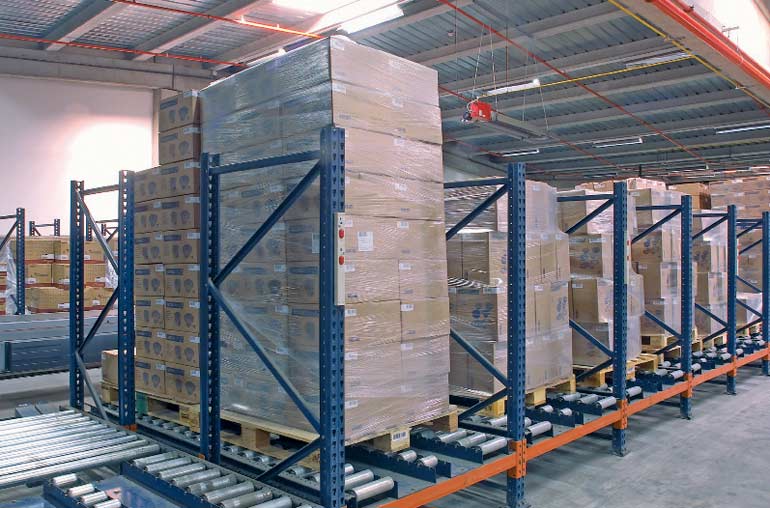 Picking robots can be used for large-scale picking and as a complement to automated warehouses. These robots can automatically handle individual boxes or complete levels of boxes (called layers). 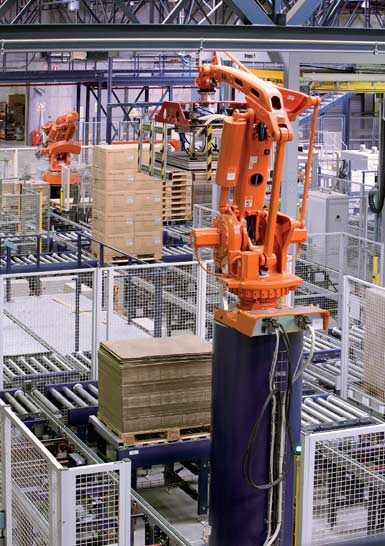 There are three types of robot: anthropomorphic, two-axis gantry, and three-axis gantry. The choice of robot used is largely based on the number of cycles per hour sought and the combination of orders.

Anthropomorphic robots, which can rotate 360º, have an articulated arm that combines different movements. This allows them to access boxes or layers anywhere within their radius of action. Their operation is similar to that shown in the image below, which illustrates an automated picking system with a depalletizer robot: 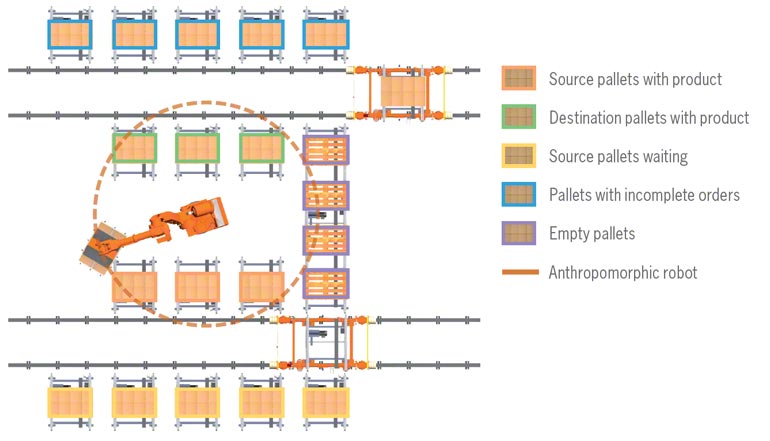 Two-axis gable robots have a rigid handling arm which can only move vertically. The body to which this arm is fixed moves horizontally along the gable, allowing the robot to access any point on this line. It can access several pallets, generally located in four or five positions (two source positions and the remainder destination positions).

The operating system is illustrated in the following image: 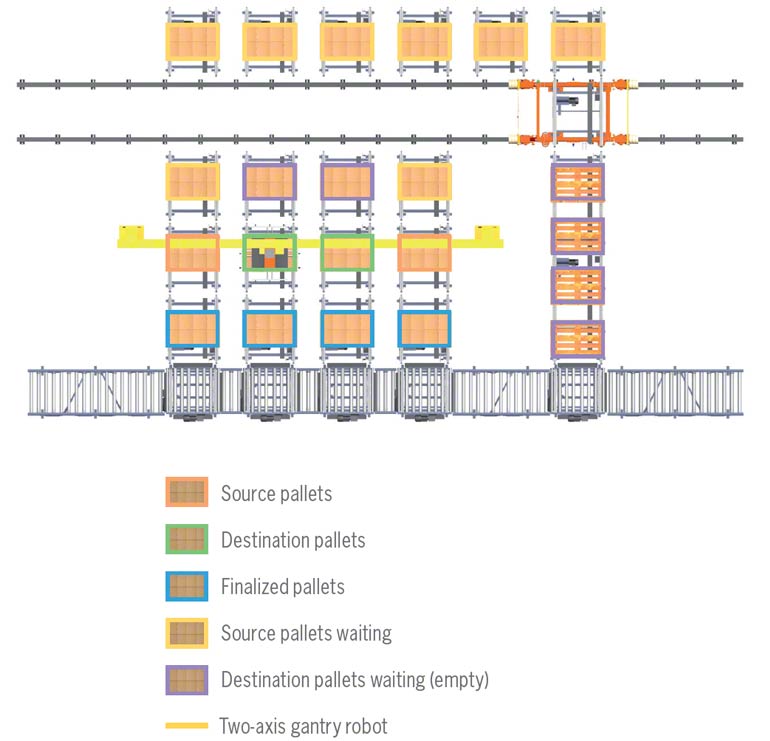 Image of a two-axis gantry robot. 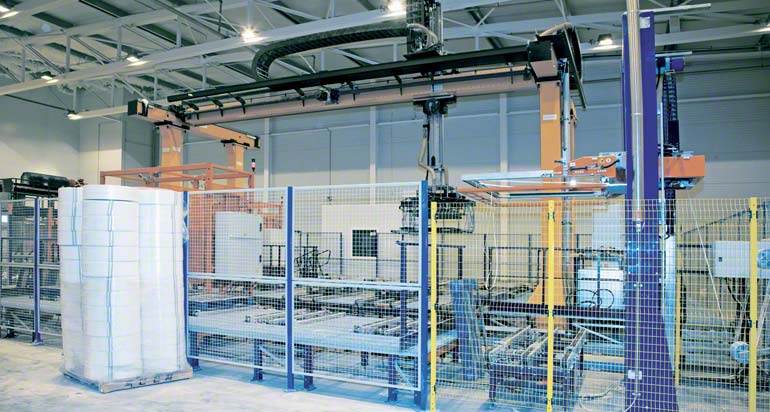 Image of a three-axis gantry robot.

Three-axis gantry robots work in a similar way to the two-axis variety, but the entire gantry moves along a third axis on a side structure. This enables the machine to access two different lines of pallets, each being assigned as source or destination positions. As a result, there can be greater diversification in the orders and more orders can be prepared.

The operating system is illustrated below: 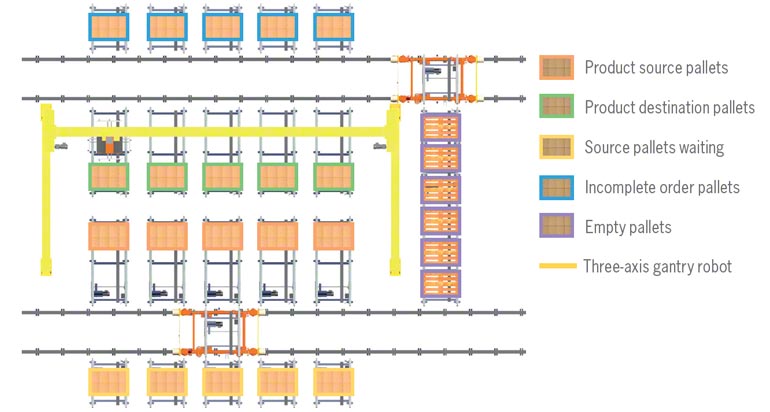