Vehicles that are capable of following the route assigned to them using a wire-guided system are called automatic guided vehicles (AGV). The warehouse floor has a wire built into it which emits a magnetic field that is picked up by the machine. The wire establishes the route and the AGV follows this.

The second system is laser guided. Machines with this feature are known as laser guided vehicles (LGV). These emit a laser signal, which bounces off deflectors positioned at points close to the route and this signal is read, on its return, by the machine. The time difference between emitting the laser and the return beam being picked up is calculated by a processor in the machine, which tells it at all times how far it is from the control points, thus enabling it to deduce its position. With this information, the vehicle on its own can perform the corrections required to follow the specified route. From a technical perspective, programming and modifying the routes is very easy. 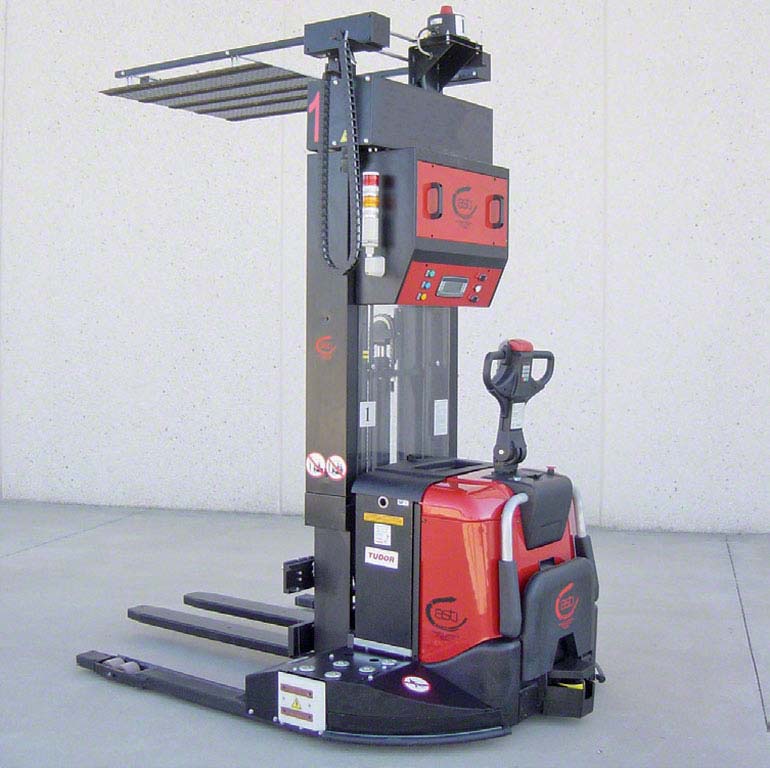 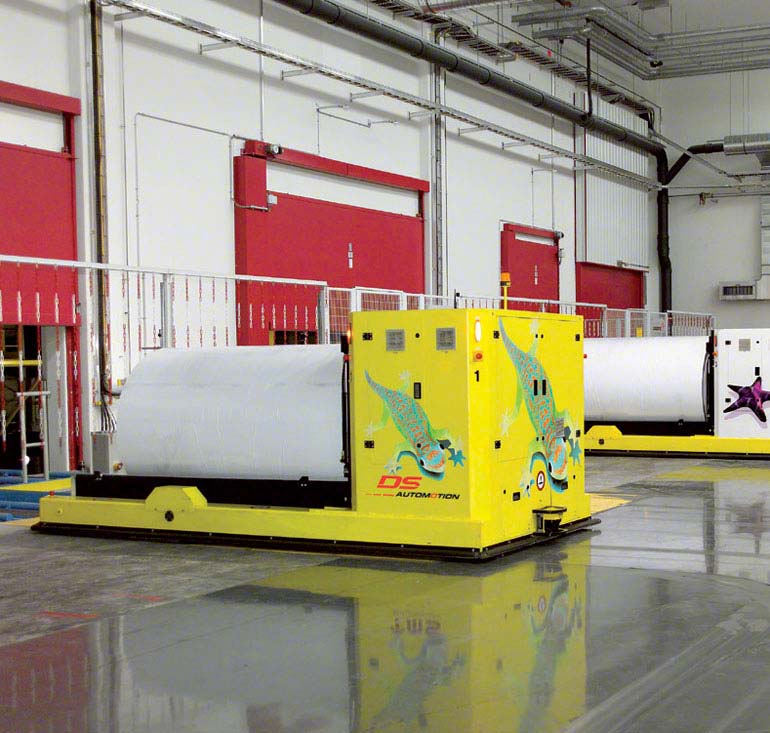 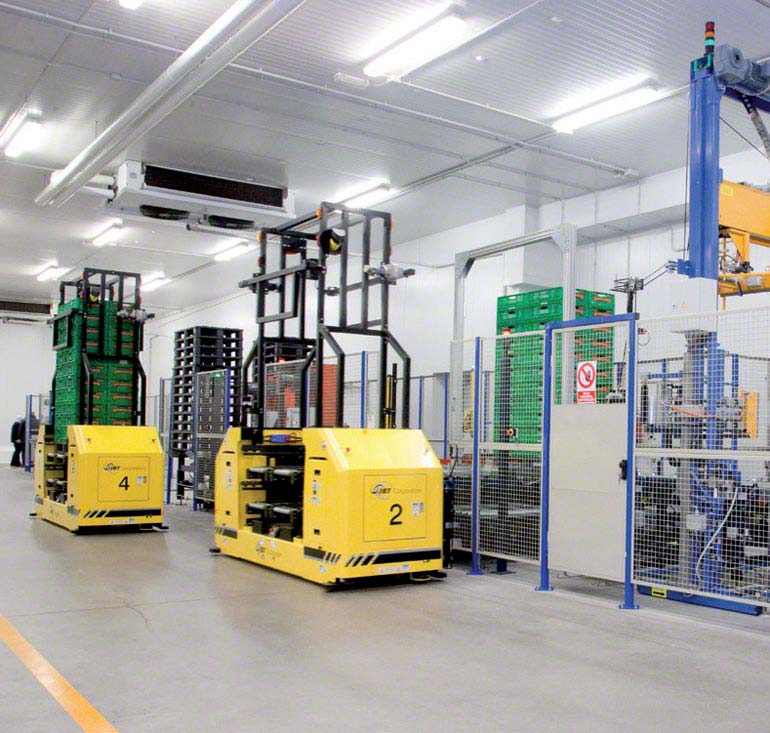 Logistics and handling center for fish. 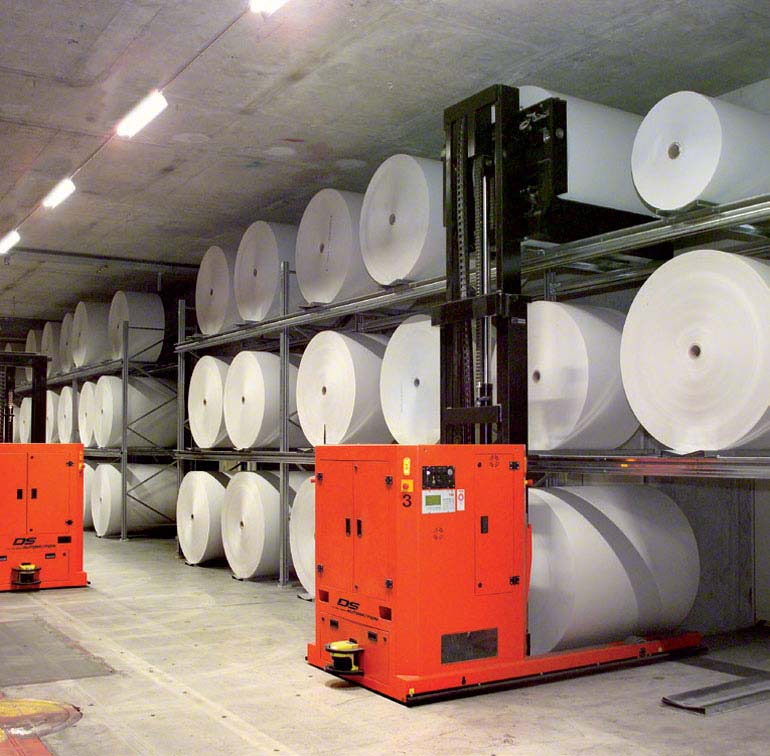 There are machines that lift and different types of forks for handling pallets or items. The market also offers AGV and LGV models specifically designed to transport pallets, boxes, reels, and large loads.

These vehicles are very convenient when moving between distant points at a moderate speed without obstacles. One must also remember that at stopping points (points for picking up and depositing goods) roller or chain conveyors or another type of device that can transfer the load and act as a link with the rest of the facility must be used.

Other topics in this category