Wooden pallets have widespread use and are built, mainly, in the five models described below. Although the 31.5 in x 47.2 in Euro pallet is the most used pallet size, there are also other common measurements, which include the 39.4 in x 47.2 in and the 47.2 in x 47.2 in pallets. According to the type of load, especially in the sector distributing consumer products, 23 in x 31.5 in pallets are also frequent, and called half pallets as they are half the size of a Euro pallet. 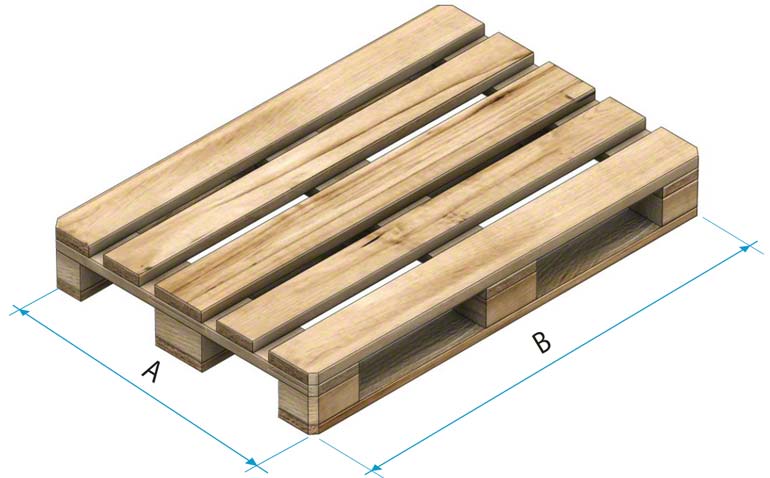 This is the most commonly used model and is the only one that can be used interchangeably in all storage systems, as long as its skids (the lower supports bearing the flat platform where the load will rest) are perpendicular to the beams of the racking units, the support rails or the roller conveyors, as shown in the following illustration: 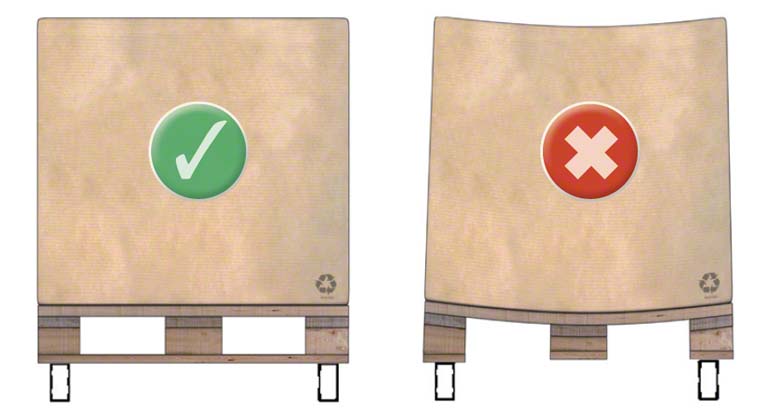 In each case they must be handled using the side which makes this possible (see the illustration above):

Side A: storage in a pallet racking unit, flow racks and with roller push-back.

Side B: Storage in drive-in pallet racks, push-back with trolleys and Pallet Shuttle systems. Cross-ties for pallets are required in pallet racking units. 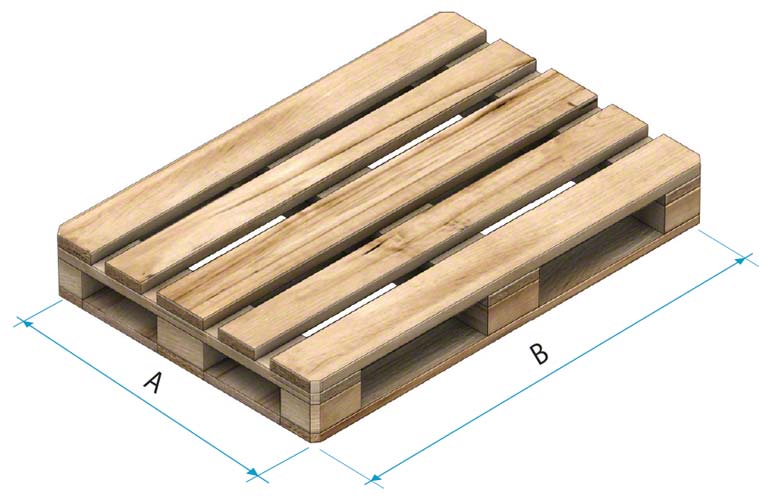 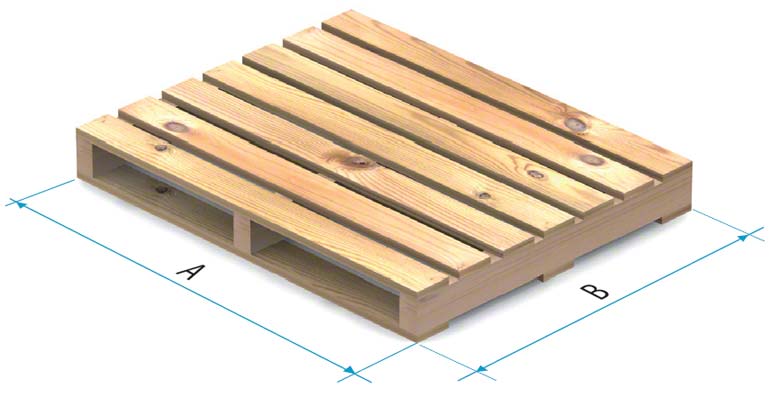 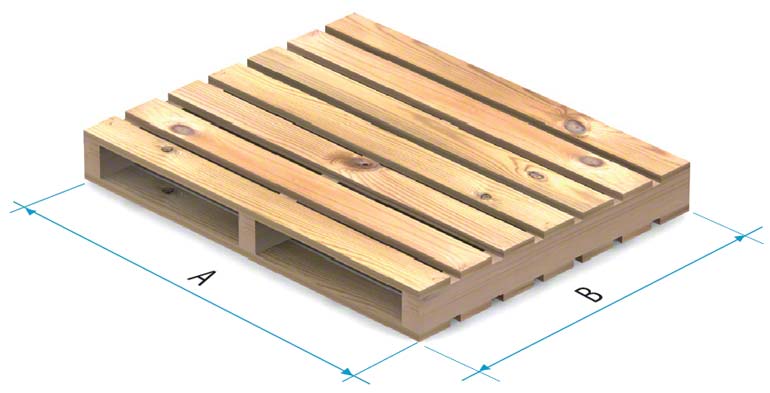 When they are stored on pallet racking units care must be taken with the edges, as the two scenarios described below could occur. These two situations are entirely unacceptable, since they put the safety and reliability of the facility and the load at risk. 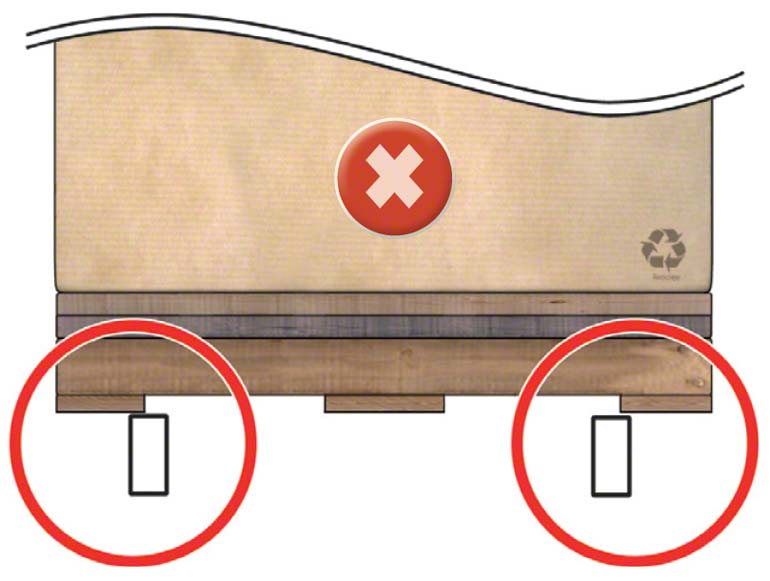 The pallet is not well supported by the beam, so it could fall. 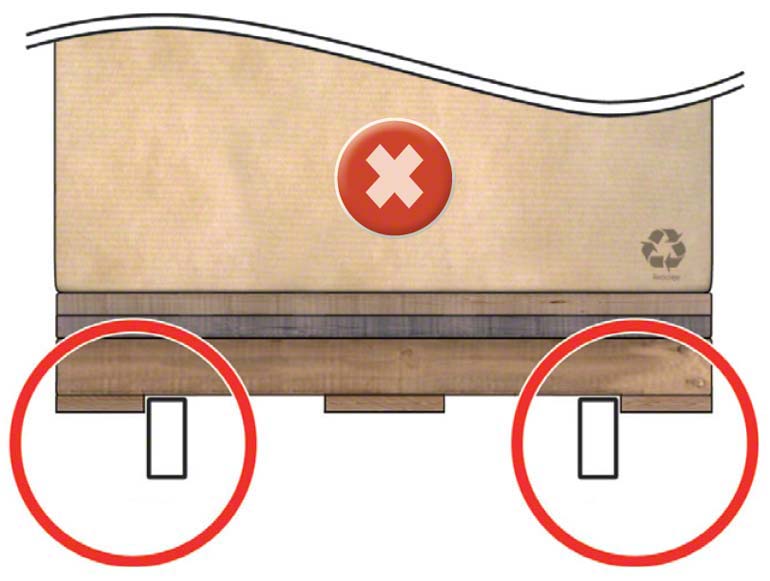 The beam is very close to the lower board so the forklift, upon picking up the pallet, could push it and deform the beam. 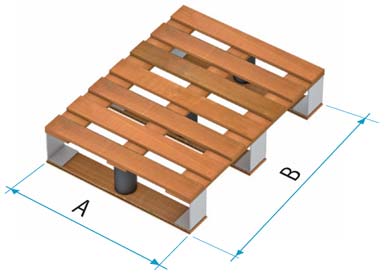 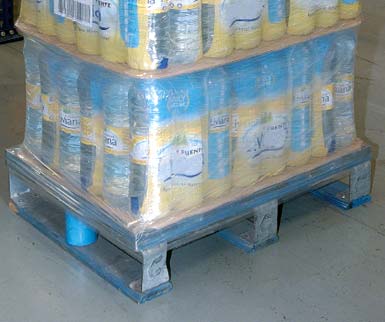 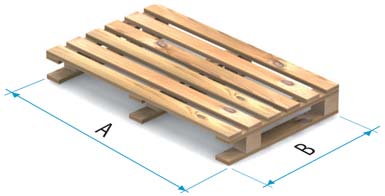 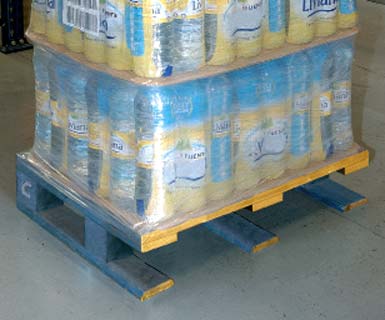 Other types of pallets

These are examples of pallets which could cause difficulties. 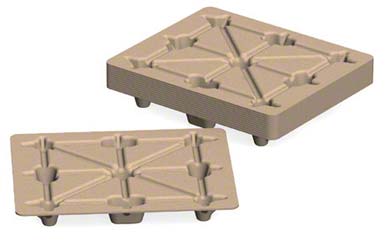 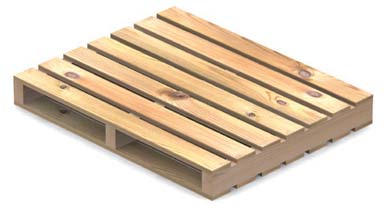 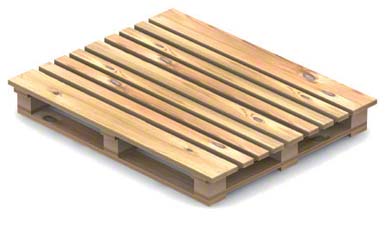 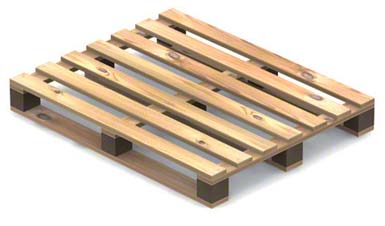 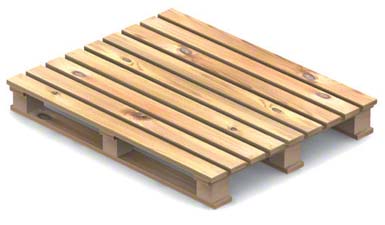 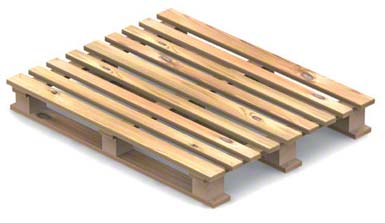 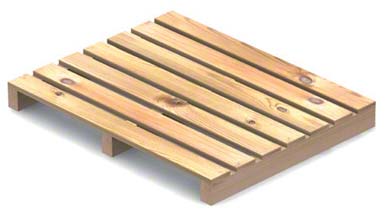 Other topics in this category