Studies show that instances of internal theft of warehouse goods rise in bad economies and that the solutions are as simple as they are ignored.

An estimated $50 billion is stolen from warehouses around the globe each year and research suggests that more than half of that theft involves an internal source connected to the stolen goods. A study by Shapiro and Stiglitz, thirty years ago, concluded that personal financial concerns were likely to cause an increased number of employees to steal from their employers. Year after year, surveillance equipment is installed, guards are hired and processes are revamped all in an effort to decrease the number of SKUs that go wandering off. Realistically though, there are only two efficient security measures and both are surprisingly uncomplicated. 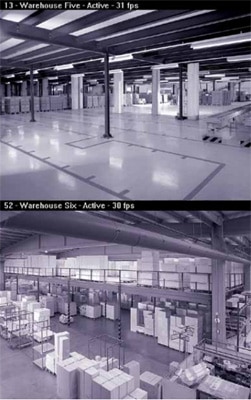 Using standard warehouse automation and the management software that accompanies it are the irrefutable answer to tightening warehouse efficiency and forcing drastic declines in theft, both internally and externally. Unknown loss is nearly incomprehensible when management software and any number of automated systems are integrated into a company’s storage space. Employees using these systems must sign in to operate them, leaving an identifiable tracking history. Moreover, partial automation is also a partial solution; it effectively saves costs for a company, but since personnel are still involved in warehouse functions, the human element still exists.

Short orders and loose cargo have proven to be bullet-pointed sources of theft for many warehouses, according to the Australian Institute of Criminology. The AI C’s 2007 report concluded that the period between products being unloaded from a truck and moved off the loading docks is fraught with theft because those handling the materials are overly concerned with speed.

The activity at the docks creates chaos in which personnel are more concerned with making deadlines than they are with security. As a result, safeguards are weakened and the operators who understand those weaknesses can bide their time waiting for the right opportunity. An operator who knows about this brief soft spot on safeguards is able to counteract any security or efficiency that automation could otherwise provide.
Despite the sophisticated capabilities of storage automation, at some point even the most autonomous warehouse must rely on human personnel. If warehouse automation is a child’s shiny new toy, human personnel are the batteries that are sold separately. “Special care must be taken,” advises the Mecalux Group’s Automated Warehouses catalog, “as to the participation, motivation and training of the personnel involved [in operating automated machinery] in order to achieve optimal results.”

If automation is the best solution only after products have been loaded, what is the most vital method of securing them before that point?

A Sucker Punch to Morale

As troubling as the internal theft statistics are, it is important to maintain perspective about how this translates to a single warehouse. Companies that attempt to bully their personnel into good behavior do not often fare well. There is a delicate balance between protecting one’s warehouse and not leveling company morale in the process.

While security system manufacturers often crow about surveillance equipment being the meanest dog in the pen, the reality is that alarms and cameras are more bark than bite when it comes to dealing with preventing internal theft. Dishonest employees are not intimidated at all by unmanned or inoperative cameras. In fact, while surveillance measures often fail to apprehend dishonest employees, they are inadvertently ostracizing the majority of innocent ones. 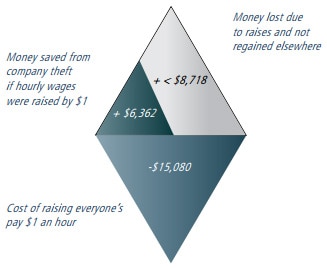 Employees who perceive they are being treated fairly by management are likelier to refrain from stealing and also are more likely to stop co-workers from stealing. A contented employee is rarely excited to lose his or her job and proves to be more inclined to report internal theft because of it.

Higher wages resulted in employees instigating productive competition among one another that benefitted the company, while personnel with lower wages tended to compete in a way that had the opposite effect. The inherent problem is not the wage paid to each employee, but what the wage suggests. While there is an overwhelming amount of research suggesting money is not the primary motivator for employees and that raises are not enough to change employees’ minds about their employer, there is other research that suggests there is a wide chasm between what employees say and how they act.

It is important to understand the role wages play in warehouse theft and to impart that understanding to warehouse personnel. A study by Greenberg observed a 141% increase in theft among a pool of test companies immediately following the announcement of a 15% pay cut in which no explanation for the cut was given. He also observed that when the same pay-cut occurred among a different set of test companies that offered its employees an adequate explanation and the managers delivered the news with remorse, the facility only saw a 54% increase in theft.

When companies understand the reasons why theft happens, inexpensive steps can be taken to counteract them. Acknowledgement plays a substantial role in internal theft.

Explaining to employees the link between their company’s shrinking inventory and dwindling available funds meant to pay their wages and raises has proven to be almost as effective as automated storage and more effective than surveillance cameras at decreasing internal theft. If executives articulate the link between the quality of pay and performance, not only will the company attract a higher quality workforce, but also it will get more out of the workforce already in place. 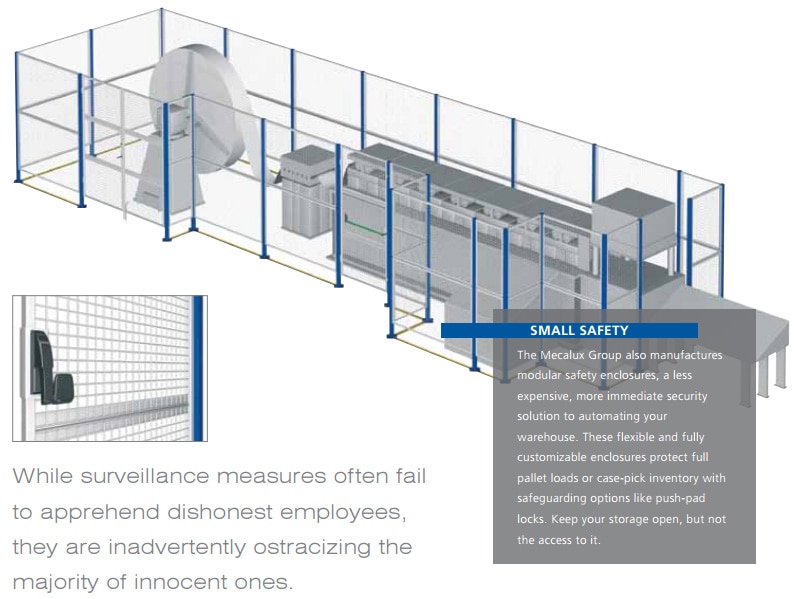 Automation is the technical solution to secure warehouse processes, but it is not the easiest. Neither is handing out bags of cash to every employee. A bit of employer transparency and cultivating an atmosphere of mutual respect can go a long way to minimize internal thefts and improve employee productivity.