From explosives to soy sauce, one can find a plethora of products stored inside the warehouse of Miami-based freight forwarding company Interworld Freight (IF). The company currently handles 7,000 to 8,000 containers per year, mostly bound for any of some 13 destinations in Central and South America. Interworld Freight’s volume was not quite so high when it started out 28 years ago in Colombia. In fact, the company’s history reads more like the penultimate story of the American dream. 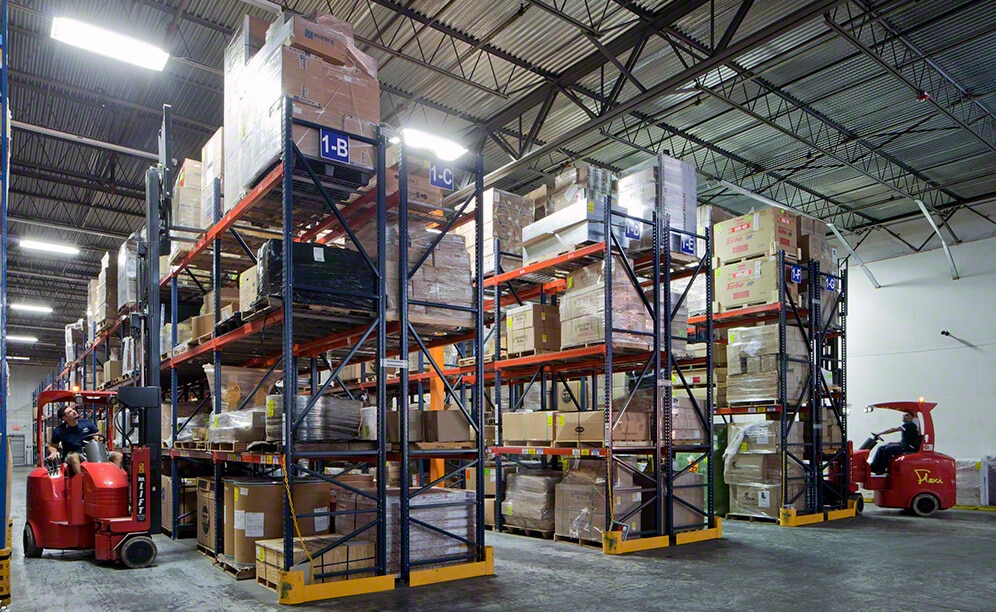 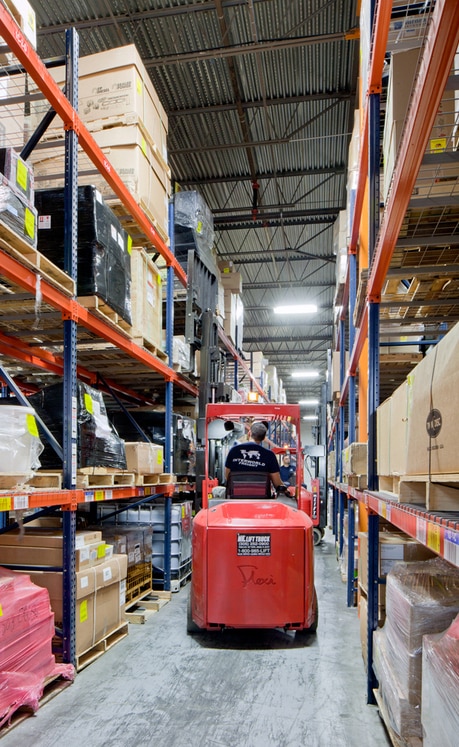 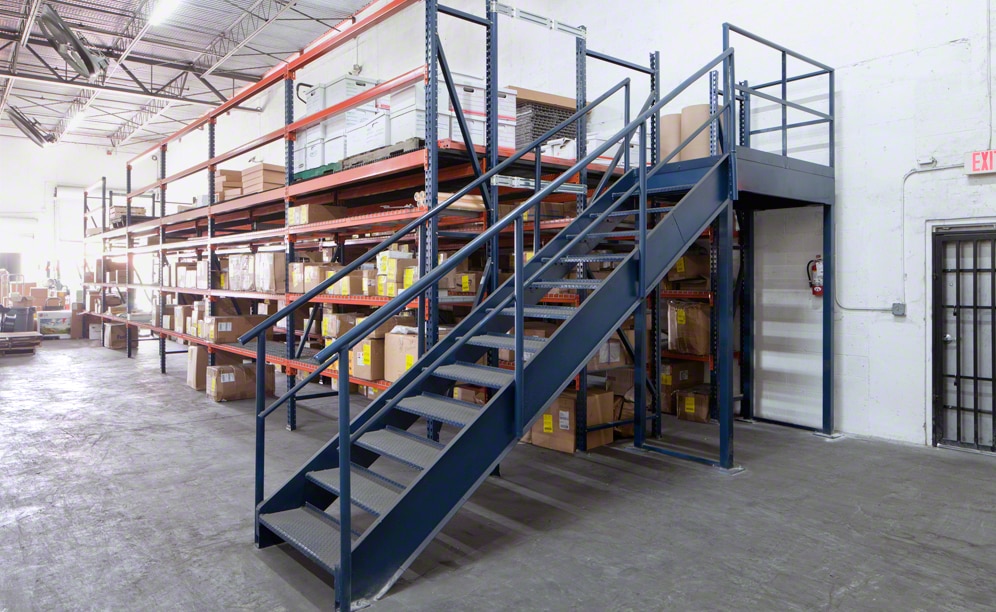 A few years after establishing the company, Interworld Freight’s founder, John Crespo, moved operations from Colombia to the United States. Starting from scratch, he began serving Colombia by arranging mainly air freight from an 800 ft² warehouse in Miami. Crespo did everything himself, from driving the forklift to loading the trucks destined for the airport, and eventually decided to move into a 10,000 ft² warehouse where he employed eight workers. Interworld Freight would settle into a 30,000 ft² warehouse at its existing location where it currently employs more than 50 people.

Needs of the Customer

Along with Interworld Freight’s rapid growth came a space crunch in its warehouse due to the increase in freight it was receiving. They started having very critical space issues. When you would go out to the warehouse you literally couldn’t walk inside it because it was full of freight. At one point, the situation became so bad that warehouse personnel had to stop using four of the company’s six forklifts because there was no room to operate them.

The space predicament prompted them to consider moving into a new warehouse, and the company began looking for a place to rent. It was very stressful time for Interworld. They were about to sign a leasing deal on a 60,000 ft² warehouse, and even had the contract on hand ready to sign. However, everything got delayed.

Shortly thereafter, a forklift dealer persuaded IF management to think about optimizing the company’s warehouse space. Wary about the cost of moving and the hassles that come with it, they contacted the warehouse equipment supplier Atlantic Rack, and invited them to examine the warehouse’s space constraints.

“Their warehouse was chaos. They had product all over the floor,” Atlantic Rack managers recalled. At the time, warehouse personnel were using a lot of floor space because there were only a few pallet racks in place with 50 to 100 pallet positions at most. These racks were 30 years old, bent and in horrible condition.

Atlantic Rack went to work measuring the warehouse and reviewing warehouse operations, including the rotation of the cargo Interworld Freight receives on a daily basis. The products that IF stores in its warehouse don’t stay there for long. The company’s inbound shipments remained in the warehouse for anywhere from two weeks to a few days at most. With this in mind, Atlantic Rack conducted a survey and devised several scenarios for solving the warehouse’s space problems.

One possibility was to continue using the warehouse’s existing propane forklifts and to install Pallet Racking with 960 pallet positions. That was the original option IF wanted Atlantic Racks to study. But the rack supplier went on to give Interworld several options that would allow them to store more material. The initial investment was going to be a little bit higher, but they were going to accomplish much more. One such option was to employ a reach truck with Pallet Racks featuring 9.5’ aisles and space for 1,058 pallets.

Ultimately, Interworld Freight selected Interlake Mecalux Pallet Racks with 1,346 pallet positions as well as an Interlake Mecalux Push-Back system, which considerably increased the warehouse’s capacity by 35 to 38 %. The company also decided to use VNA (very narrow aisle) forklifts, which allowed for 84” aisles. Atlantic Rack also installed a rack supported mezzanine, where workers pick-and-pack on the second floor and store boxes on the bottom. By making the decision to optimize its warehouse and avoid a relocation Interworld Freight saved nearly $1 million over a five-year period in rent and associated moving costs.

Considering the wide variety and high rotation of products in Interworld’s warehouse, Interlake Mecalux Pallet Racks was the perfect solution to the company’s warehouse woes because the racking provides immediate access to every stored load. Other benefits of the racking are that it enhances space utilization, improves inventory controls and reduces damage.

Customers now ask IF what they did to their warehouse because they are receiving their freight so easily. Interworld Freight has stopped receiving complaints about damaged or bent products.

The Interlake Mecalux Push-Back system is also an excellent option when space is a constraint because it allows for efficient storage and facilitates product accessibility. The Push-Back racking has helped the company a lot because much of the freight that they receive consists of one bill of lading with 15 identical pallets. So, the Push-Back system is a perfect match.

The overall change to the warehouse is palpable. The difference is from 0 to 100, from black to white. Interworld Freight’s ability to load and unload cargo has improved dramatically as well, with the company now being able to load up to 15 containers in one day. They can handle triple the amount of cargo. Operators can find the cargo easily because everything has a position and they can load a container in less than one hour. Before, it took three or four hours because they had to walk around the warehouse to see where the freight was. Now, with the new system, operators know where the cargo is and they can immediately load and unload a container.

There is also a streamlined process for handling the cargo. On a daily basis, Interworld Freight receives full trucks and LTLs (Less-Than-Truckloads) from any number of locations in the United States. Personnel count, weigh and take the dimensions of every single item that comes into the warehouse. They then create a warehouse receipt using warehouse management software tailored to the needs of freight consolidators like Interworld, scan all of the original documents that come in with the freight and place labels on the pallets.

When this initial receiving procedure is complete, a VNA forklift driver scans the pallets in the staging area with a handheld device, finds a position for the pallets on the new Interlake Mecalux Pallet Racks and stores the exact positions in the system. Interworld Freight then sends its customers a report detailing the on-hand products that are in the warehouse. On a weekly basis, customers send Interworld shipping instructions outlining how many pallets they need of a particular product and the company begins planning the loading of its containers.

Interworld receives a final loading plan of the shipment and a forklift operator obtains that information through a handheld device. They locate the pallets on the Interlake Mecalux rack and begin bringing the pallets to the loading area. A second forklift driver then loads the containers, again with the aid of a handheld device.

The fact that every pallet now has a position on the Interlake Mecalux Pallet Racks has led to a reduction in costly errors. Mistake or error percentages have dropped significantly. They just couldn’t afford to make any more mistakes. Now with this new project they haven’t heard about a single product shipped to the wrong destination.

With the racking installed they are proud to showcase the newly organized warehouse to customers. When they see the installation customers are impressed at the transformation. “We are very happy with the Interlake Mecalux racking that are in place right now. It has brought a whole new look to the warehouse,” concluded Interworld Freight management.

Advantages for the Customer

Interworld Freight’s warehouse has been transformed by the racking

Products used in this project

Request information or get a quote